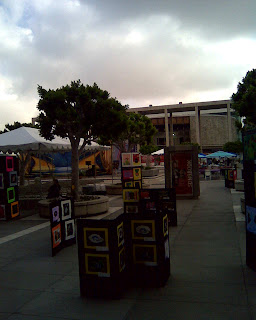 A very special and intense day.
Posted by Lance Anderson at 7:46 PM 1 comment:

My Neighbor's Water Slide (The Video)


Yesterday my neighbor rented an inflatable water slide for his son's birthday. They graciously let me slide down it, twice!...

Shot by Marisol with my Camera phone on April 27, 2008 in beautiful Altadena, California...

The "Video Sketch Experiment" continues...
Posted by Lance Anderson at 3:58 PM No comments: 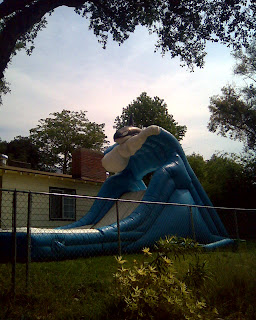 Posted by Lance Anderson at 11:12 AM No comments:


KCBS News segment on the fundamentals and history of podcasting, featuring Tim Coyne of The Hollywood Podcast and Lance Anderson of Verge of the Fringe. Reported by Tech Check's Rich DeMuro... Shot on April 14, 2008 by Tim Kimball of KCBS/KCAL at the Verge of LA Studio 101 at The Brewery Art Colony in Los Angeles, California.
Posted by Lance Anderson at 11:11 PM 4 comments:


From the rooftop patio at The Brewery Art Colony, I shot this little example of how simple it is post something online...

The "Video Sketch Experiment" continues...
Posted by Lance Anderson at 2:47 PM No comments:


While hanging at my local coffeehouse, Julie the owner said she caught one of my other videos on YouTube. So I pulled out my handy camera phone and shot her...

The "Video Sketch Experiment" continues.
Posted by Lance Anderson at 6:27 PM No comments:

Here is a shot of my crazy-ass notes from my most recent podcast called "Midnight Express" (Full Size)
Posted by Lance Anderson at 12:50 PM No comments: