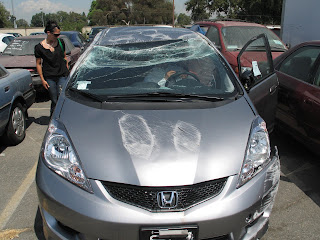 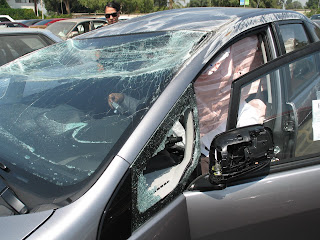 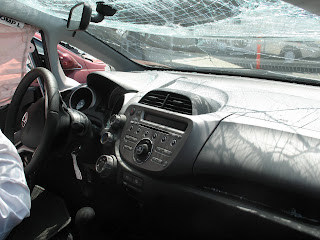 Posted by Lance Anderson at 2:08 PM No comments: 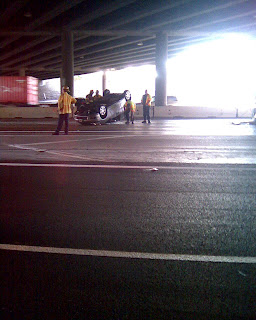 As Marisol flipped through the air three times, time itself slowed down and she saw her life pass before her eyes as she said the Our Father prayer to herself.

The news reports said it was a "Major Injury Accident" on the 710, one of the worlds most dangerous freeways with all of the semi-trucks coming from the ports of L.A. and Long Beach.

When one of the firemen saw the damage to her overturned car and Marisol's nearly uninjured condition, he said "This is your lucky day, you should buy a lottery ticket."

On the ride home, Marisol said it was a miracle and maybe we should buy a lottery ticket, I said "We don't need to, we already won." 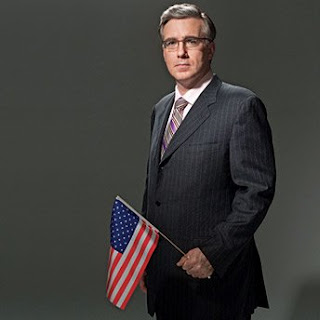 Olbermann has been on my radar for nearly 25 years. He has always been a brilliant comedian to me, I've never thought of him as an actual newscaster. In the last two years he has proven that point to the rest of the world.
Posted by Lance Anderson at 2:16 PM 1 comment: