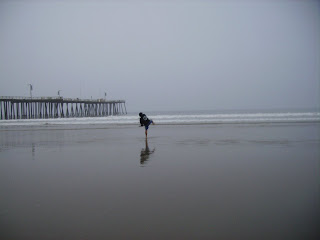 "The Clam Thrower" shot by Marisol in Pismo Beach in the center of the Beautiful Republic of California on Sunday August 17, 2008. Captured with our "point and shoot" ViviCam 5385.
Posted by Lance Anderson at 2:00 PM